Advertising in railway stations, and on trains and public transport

Proven and functional advertising, with which you know exactly what group of passengers you’re engaging. Make use of any railway station premises to present your products and services. Communicate in suburban train interiors, or in SC Pendolino units. 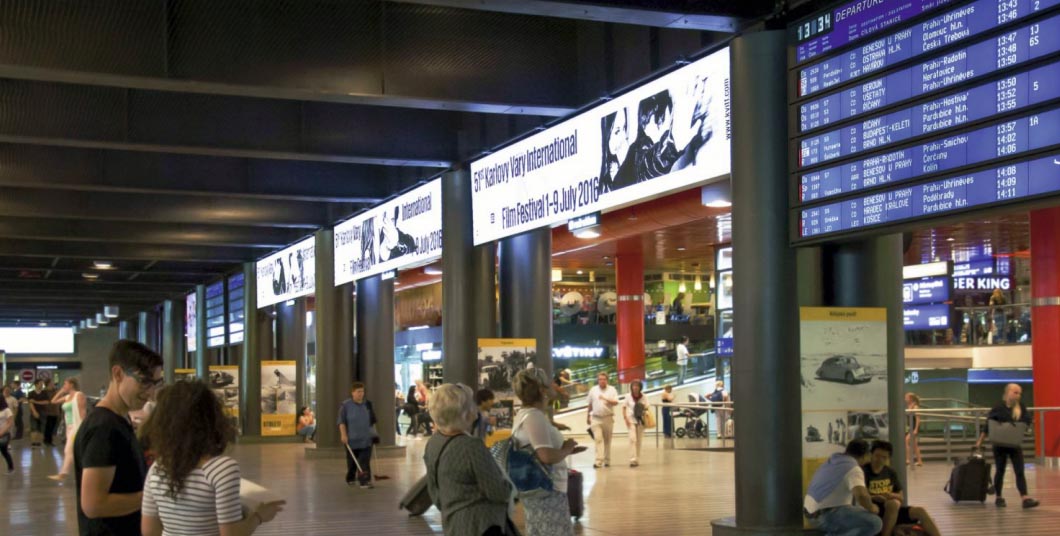 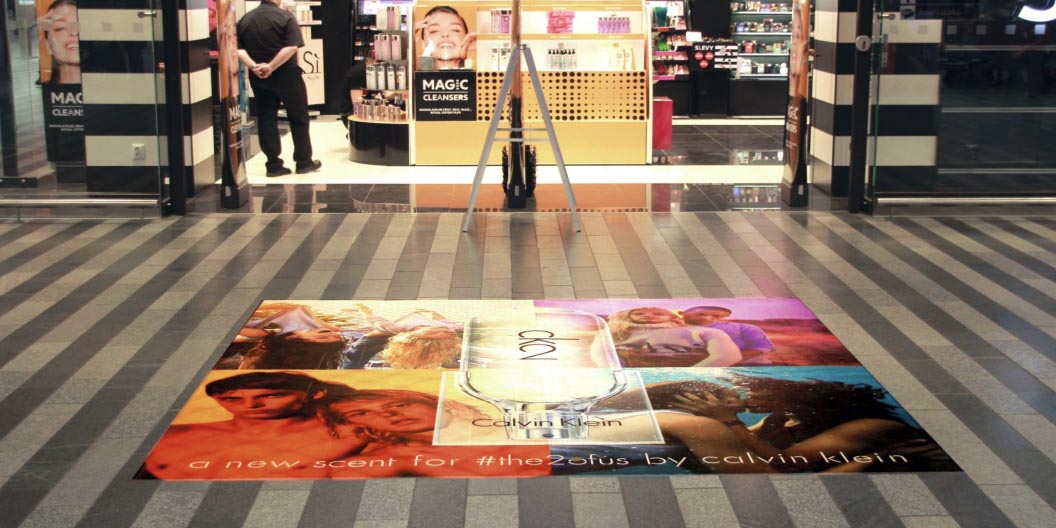 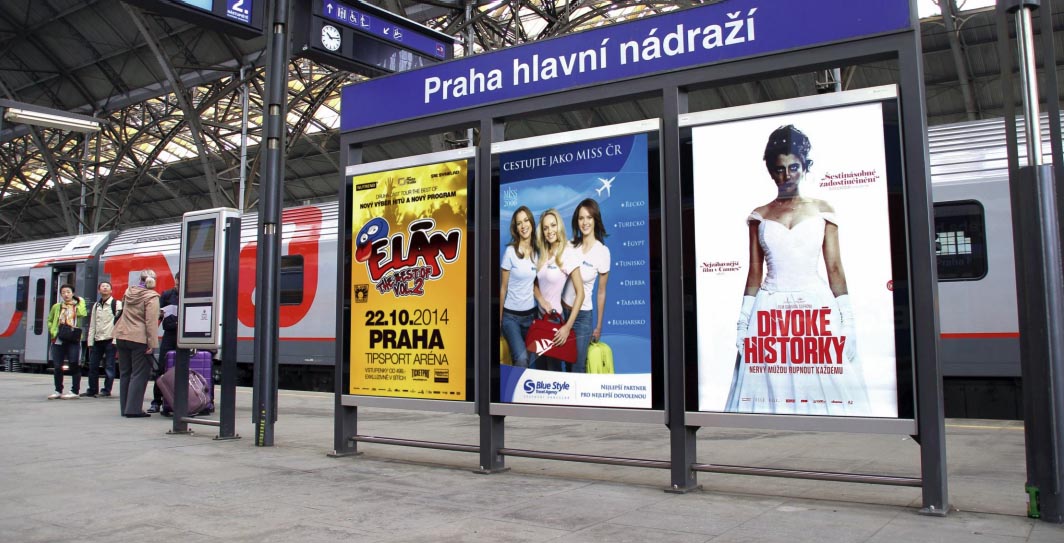 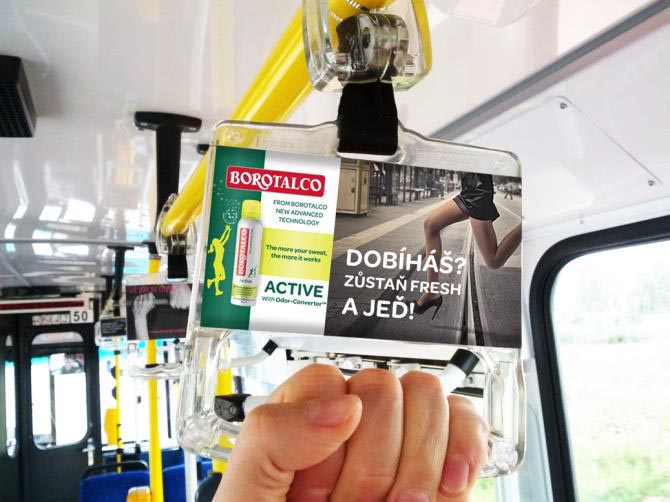 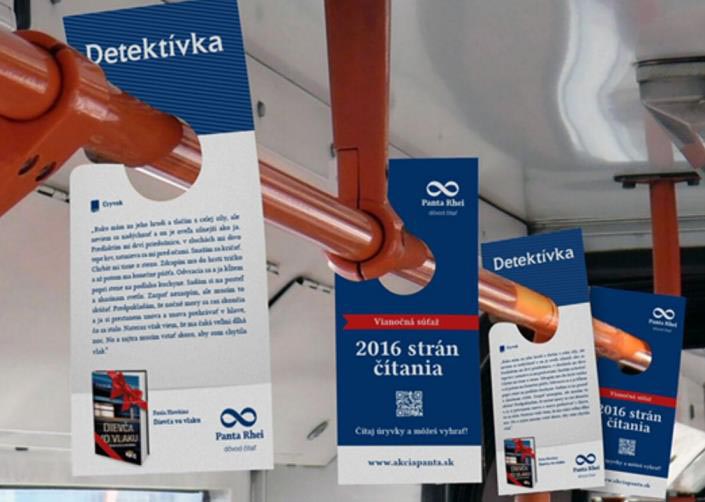 Backlight – a luxurious illuminated advertising space directly in the centre of Prague. In the Main Railway Station in Prague, you’ll engage as many as 80,000 passengers per day. Your message will become unmissable.

Hanging banner, both sides of which can be used for your message. The 3 x 1.25 m format can be installed in most railway stations throughout the Czech Republic.

CLV (CityLights) – in hall and underpasses, and on platforms. They’re illuminated advertisement carriers which are located mainly in railway stations.

PosterCube is an advertisement carrier which can dominate every railway station hall. We‘ll place the cuboid, which is covered on all four sides by printed canvas, in the busiest railway stations throughout the Czech Republic according to your requirements.

Floor sticker is suitable for attracting attention in an unexpected place.

Advertising frames – 49 × 49 cm format carriers located in suburban train interiors, aimed mainly at regular passengers. The targeted region can be chosen according to the catchment area. Most of the spaces are located on modern CityElefant trains.

Advertising on SC Pendolino trains, which carry more than 1.5 million passengers per year. Advertising space available in a premium and reliable train. The extended period for which the advertisement is displayed guarantees an effective advertising campaign. SC Pendolino represents an exceptional opportunity to engage a group of senior management passengers travelling on regular routes between Prague and Ostrava.

Table stickers on suburban transport in modern CityElefant trains will help you target regular passengers. The targeted region can be chosen according to the catchment area.

Leaflet distribution in EC/IC/R/EX/EN trains – printed advertisements, weighing up to 50 g, placed directly on 1st and 2nd class seats on long-distance connections. The long time spent travelling allows the passenger to give this printed matter their undivided attention. Select trains have an overlap abroad.

Thanks to its size, an advertisement on public transport attracts a lot of attention, whereby you’ll engage not only passengers but also passers-by, which is why promotion using advertising posters is a very effective means of spreading awareness of your company, new services or products.

WE PROVIDE IN PUBLIC TRANSPORT

ADVERTISING AT THE STATION – WIFI FREE

Although most people have their data from the operator, this data is limited and they have to pay for it. For this reason, passengers use free Wi-Fi for their work and entertainment. 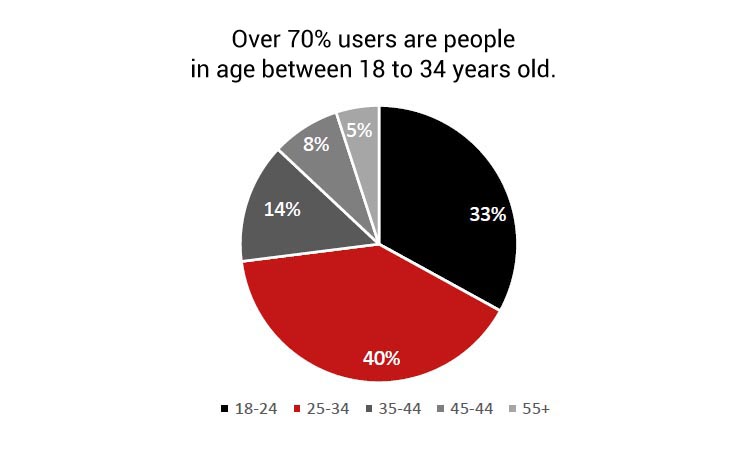 Extended possibility of use

We wipe passengers who join our network with the help of cookes, thanks to which users can be tracked and addressed back to:

We cover the entire territory of the Czech Republic

We focus on details even in small events