Allice Agency is a Prague incentive travel company, be it for a small group of 2 people or a large group of 100 in the Czech Republic. Our incentive travel programmes will reward, inspire and deliver improved performance, for your staff, customers or partners. We listen and fully engage with our clients to produce programmes that are unique, money can’t buy experiences.

Prague holds many surprises for those who come to discover this multi-faceted city. Drawing on places full of history, Prague’s vibrant cultural scene or Czech gastronomy, incentive professionals devise original and unifying programmes. Whatever the event might be that they organize.

Discover the rare places of Gothic past. The Gothic style penetrated the Czech lands in the first half of the 13th century – in the time when the Romanesque style flourished in Bohemia and the High Gothic in France. 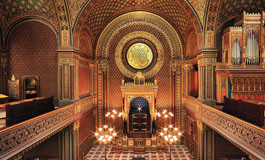 We will take you to the oldest Jewish cemetery in Prague and it is believed, that it is also the oldest Jewish cemetery in whole Europe. It was used in 15th century for more than 300 years. As there were many Jews living in the Jewish quarter, there was also high demand for places at the cemetery, but the area was limited – the graves had to be made in several layers – there are areas with even 12 layers of graves. You see also Old New synagogue, the oldest still working synagogue in Europe, Museum of Franz Kafka, Prague Castle, Daliborka and Kampa.

The quintessentially mystical Baroque style can be seen not just within Prague itself, but also in other surrounding towns. There are few places where you can see, for example, the perfect blending of a number of artistic styles, such as Gothic and Baroque, as you do here. 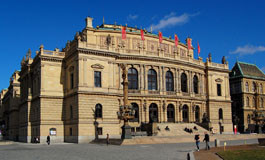 Emperor Rudolf II focused his rule on Prague in particular, and was also crowned King of Bohemia, even moving the entire imperial court here from Vienna in 1583. This represented a great change for Prague. Many artists, scientists and diplomats came to Prague.  Because the emperor imprinted his himself on the city in the form of many important buildings, we speak of his era as Rudolfine Prague. You can see for yourself the success of his intentions.

The founding of Prague is linked to a legend in which Princess Libuše prophesises the glory of a city which will touch the stars. That was in the 8th century, and since that time Prague has witnessed much history and there are many legends and myths told about it. Many of these inspired writers such as Umberto Eco. Let us follow in their footsteps.

Václav Havel, a symbol of freedom and fighter for human rights, President of the Czech Republic, had his favourite spots in Prague which you too can visit and draw in the atmosphere linked to this exceptional man, world-renowned dramatist and friend of people such as the Dalai Lama.

Soak up wonderful stories and knowledge from the Czech Republic. You could visit Český Krumlov or another historical site and experience its unique atmosphere. Find out about Czech traditions, culture and cuisine. We will give you insight into this beautiful country in the heart of Europe and reveal some of its mysterious history.

We cover the entire territory of the Czech Republic

We focus on details even in small events